How does USMCA impact international shipping? 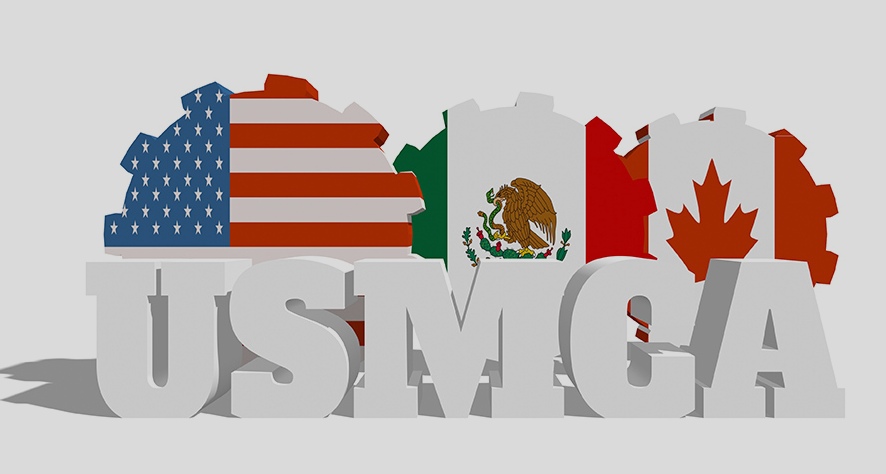 The United States-Mexico-Canada Agreement (USMCA) makes international trade easier and addresses recent and emerging issues, including compliance of regulatory systems, e-commerce, and the protection of intellectual property. When it comes to trade between the US – Mexico – Canada, USMCA offers several advantages over the North American Free Trade Agreement (NAFTA). Let’s take a look at how USMCA increases market efficiencies, provides quicker clearance rates and reduces overall shipping costs for everyone. By maintaining supply chains within the USMCA structure, businesses will continue to benefit in all three economies.

As you will see, these free trade agreements are more alike than they are different, yet the new guidelines are having major impacts on an international scale. Here are six key differences between the two agreements, and how they are impacting the shipping industry as a whole:

The auto manufacturing industry has received one of the largest impacts of the new deal. The USMCA requires at least 75% of a vehicle’s parts to be manufactured in one of the three countries to be free from shipping tariffs. It also requires the workers creating the auto parts to make at least $16 an hour, thus boosting overall manufacturing in the U.S., and providing 30,000 jobs over the next few years. Many analysts believe that automakers will opt to pay the tariff initially rather than having to move plants and infrastructure to increase sales here in the beginning.

With the new USMCA deal, regulators were able to change some of the languages with acceptance of the Trump administration, and with backing from the AFL-CIO, the largest federation of unions in the U.S. For the first time, we are truly seeing enforceable labor standards across all three countries for the benefit of many businesses alike.

NAFTA has long been blamed for eliminating manufacturing jobs and transferring them to Mexico where the wages are considerably lower. Therefore, it was a priority that the USMCA strengthen international labor rules to create a more balanced system for all workers.

NAFTA was known for eliminating all tariffs on most agricultural products that were internationally traded. Luckily, the USMCA keeps those same tariffs at zero, while also opening up new markets across borders – U.S. dairy, peanuts, peanut products, and sugar markets.

Preparing for the digital era

The USMCA includes a variety of new benefits when looking at the technology sector. Even though these provisions aren’t expected to create new jobs right away, analysts believe they could provide data enhancements for many businesses. For example, the new trade deal expands data storage capabilities into Canada and Mexico, thus increasing businesses’ data capacities on a very large scale in the future.

Another big impact on the shipping industry brought on by the new USMCA deal is in environmental protection. The agreement provides $600 million to combat environmental issues such as sewage spillovers between countries. This also makes regulations easier to enforce and provides the necessary cleanup needed from global industries production and transportation.

Keeping control of the biologics supply

The USMCA deal removed a particular provision that was originally in NAFTA which required the three countries to provide 10 years of exclusivity for biologics. Eliminating this provision in the USMCA removes some of the protections that innovators have on their patents. This is one of the only potentially negative impacts from USMCA as the shipping industry will likely see increased rates as these exclusivities are relinquished at a faster pace than before.

Reach out to ACB

With more than 40 years of experience in transportation, warehousing, customs brokerage, and logistics; we can help streamline your businesses’ logistics plan and help optimize your ROI.